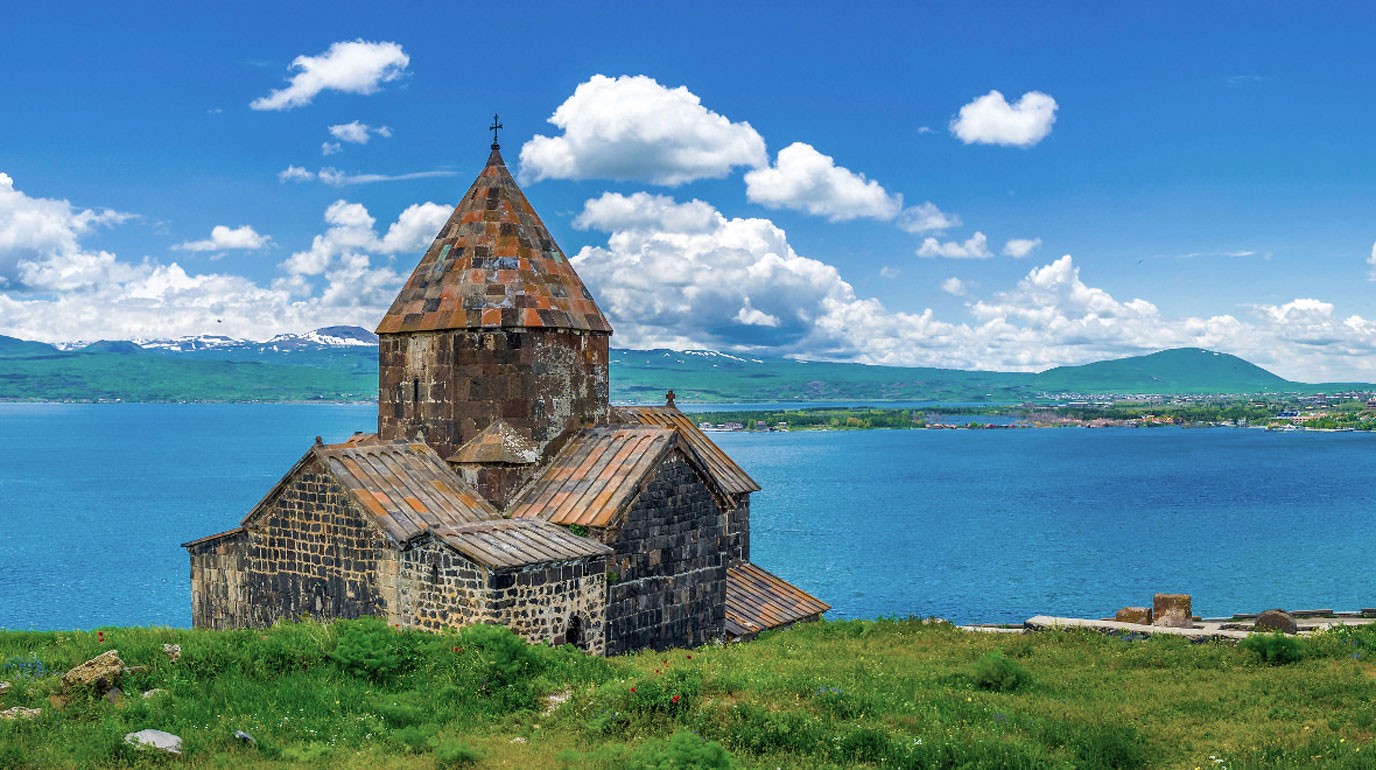 The South Caucasus’ greatest two-for-one deal! A 7 days | 6 nights comprehensive Armenia & Georgia Tour reveals the scenic and cultural contrasts of the fascinating neighboring countries of the region. Here, you’ll explore the beautiful Yerevan with its contemporary architecture, relax at glorious Lake Sevan, and admire the majesty of the Garni Gorge. Wander the wondrous streets of Tbilisi, step up into the breathtaking Caucasus Mountains and visit unforgettable Mtskheta, one of the most sacred places in Georgia. The local hospitality, the delights of the Armenian & Georgian cuisine, the exquisite wines, and the rich texture of its street life will make a journey filled with new and exciting experiences.

Arrival to Zvartnots International Airport early in the afternoon. Meet your Phoenix Tour representative. Transfer to the hotel. Check in. Free evening in Yerevan. There is plenty to keep you occupied in the city with its shopping malls, museums, exhibitions, film screenings, concerts and performances. There are numerous cafés and wine shops line the main streets and side alleys around the city’s downtown. The city fills up with people at night, and you’ll find a number of trendy clubs, pubs and bars, where you can party till dawn Yerevan style! Overnight in Yerevan.
2

Breakfast. Start exploring Yerevan, the Armenia’s capital city and one of the oldest cities in the world. Stop at the Victory Park and Mother Armenia monument to get a spectacular view of the Biblical Mt. Ararat with a panorama of central Yerevan. Take a walking tour of the Cascade Complex, with its Sculpture Park and Cafesjian Center for the Arts. Visit the magnificent building of the Opera House, the postmodern Northern Avenue and the city's main Republic Square. Be sure to return to Republic Square after dark to see the "Dancing Fountains", a choreographed water show synched with lights and music (The fountains are on from May until the end of October). Continue to the Armenian Genocide Memorial Complex on the hills of Tsitsernakaberd. The Armenian Genocide Memorial Complex houses both the Armenian Genocide Museum, and the Tsitsernakaberd Genocide Memorial. Take a tour of an open air "Vernissage" market, where you can buy some gifts, souvenirs, jewelry and other handicrafts. Stop at the popular fruit market "Shouka" to buy traditional sweets and dried fruits. Overnight in Yerevan.
3

Breakfast. Drive to one of the most beautiful monasteries in Armenia, the 13th century cave monastery of Geghard (UNESCO World Heritage Site). The name of the monastery originates from the spear, which had wounded Jesus at the Crucifixion, allegedly brought to Armenia by Apostle Jude, and currently stored amongst many other relics in the Echmiadzin's Cathedral Museum. Continue to the oldest surviving building on the territory of Armenia, the 1st century Garni Pagan Temple. The Garni Temple was built by the Armenian King Tiridates with the money he received after visiting Emperor Nero in Rome, and was dedicated to Sun God Mithra. Take a local 4x4 jeep down to the bottom of the Garni Gorge, to see the breathtaking vertical cliffs of the well preserved octagonal basalt columns, called the "Symphony of the Stones". Usually, visitors must walk or take a local car, as our buses do not make trips down there. Return to Yerevan. Overnight in Yerevan.
4

Breakfast. Check out from hotel. Drive to the popular Tsaghkadzor spa town and a ski resort,  which is located on the slopes of Mount Teghenis at 1,841m above sea level. Take a thrilling ropeway ride through the slopes to the top of the Mount Teghenis, for some of the Armenia's most dramatic displays. Return to the town. The architectural complex of Kecharis is the highlight of the town, comprising three churches and three chapels dating back to the 11th century. Do not miss out to see the beautiful khachkars (cross-stones) around the monastery. Continue to Lake Sevan. Lake Sevan’s proximity to Yerevan, coupled with its cooler summer temperatures, outstretched blue waters and historic sights make it one of Armenia’s key places to visit. Walk up to the 8th century monastery of Sevanavank on Sevan Peninsula, one of Armenia’s iconic landmarks. Continue to Dilijan, a resort town renowned for its charming nature and some traditional Armenian architecture. Stroll through the Dilijan’s Historic Center, the cobbled Sharambeyan Street, with its collection of stone and wooden traditional buildings, shops, restaurants, souvenir stalls and workshops. Drive to the Armenia-Georgia border and arrive at the Bagratashen-Sadakhlo border crossing. After border formalities, start the Georgian part of the tour and continue to Tbilisi. Arrive in Tbilisi. Check into a hotel. Overnight in Tbilisi.
5

Breakfast. Start exploring Tbilisi, the capital and the largest city of Georgia. Stop by the Abanotubani District, renowned for its sulfur baths. In the heart of Tbilisi’s old town, the district of Abanotubani is perhaps one of the city’s iconic spots. These subterranean bathhouses date back to the 17th century and have been a favorite for travelers to the city, whose more famous bathers have included Pushkin and Alexandre Dumas. Take a cable car to the 4th century Narikala Fortress, and get a superb panoramic view of Tbilisi, with its hanging houses, the historic Metekhi Church and the gold-topped Sameba Cathedral. Views also sweep down to the glass Peace Bridge, the gorge of the Mtkvari River and the picturesque spurs of the Trialeti Range. Drive to Mtskheta and Jvari Complex. Mtskheta is one of the oldest continuously inhabited cities in the world, and has been Georgia’s spiritual heart since Christianity was established here in about 327, and holds a near-mystical significance in Georgian culture. Visit the 11th century Svetitskhoveli Cathedral, where the Robe of Jesus Christ is believed to be buried. Both Jvari and Svetitskhoveli are UNESCO World Heritage Sites. Return to Tbilisi. Overnight in Tbilisi.
6

Breakfast. Take the historic Georgian Military Road across the Caucasus Mountains, a major route through the Caucasus from Georgia to Russia. Visit the 17th century Ananuri Castle, the seat of power of medieval Georgian dukes of Aragvi, and presently, one of the most scenic fortresses of Georgia. Continue to the ski resort of Gudauri, whose bare hillsides make for Georgia’s best downhill ski runs. Stop at the Jvari Pass (Pass of the Cross), the highest point of the Georgia Military Road, where it reaches its maximum altitude of 2,379m above the sea level. Continue to Kazbegi, a valley town at about 1,750m above sea level, just a few miles short of the Russian border. Near the village of Gergeti, take a local 4x4 jeep to make it up the hill to visit the 14th century Gergeti Trinity Church. During the dark times, the precious relics from Mtskheta, including the St. Nino's Cross were taken here for safekeeping. Enjoy the views of the snowy peak of Mt. Kazbek towering to the west. Return to Tbilisi. Overnight in Tbilisi.
7 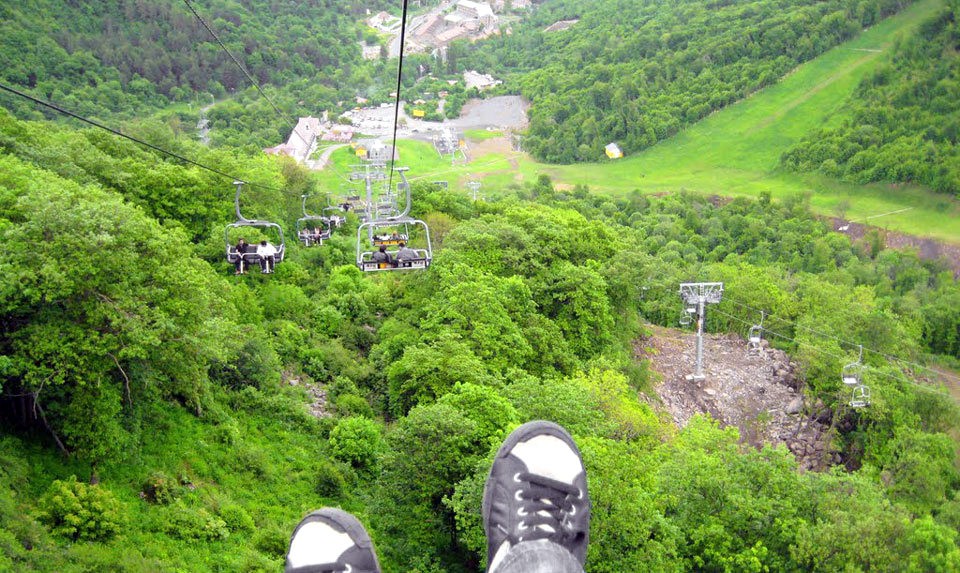 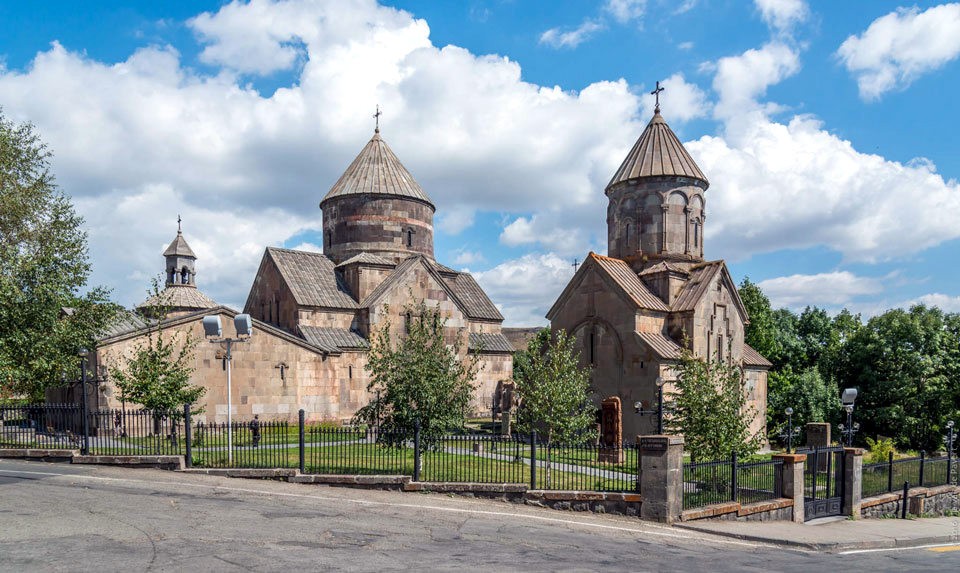 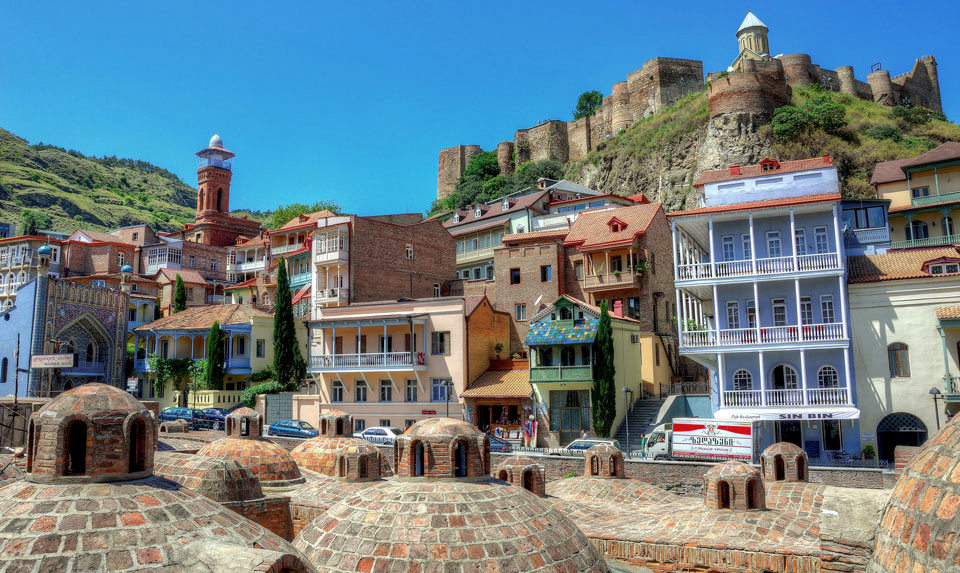 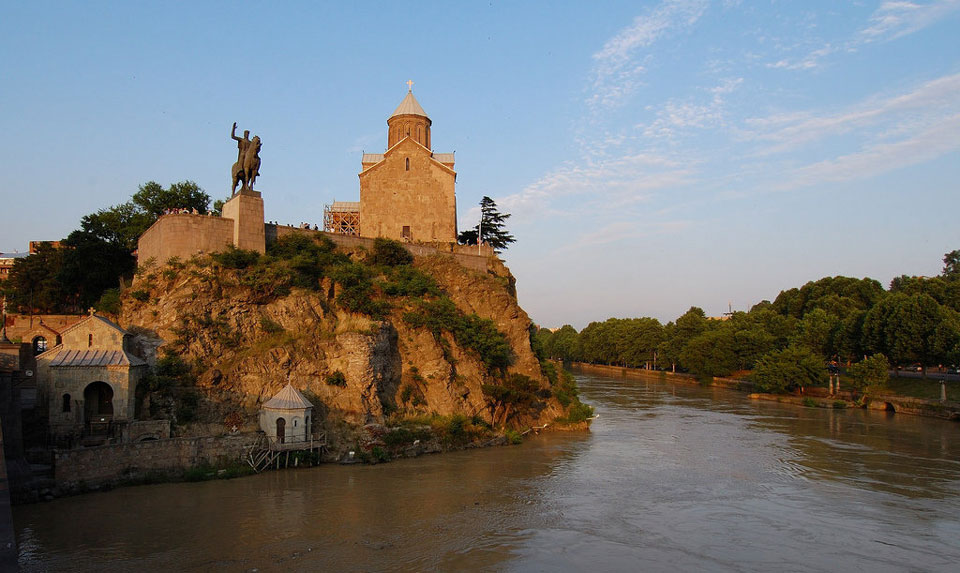 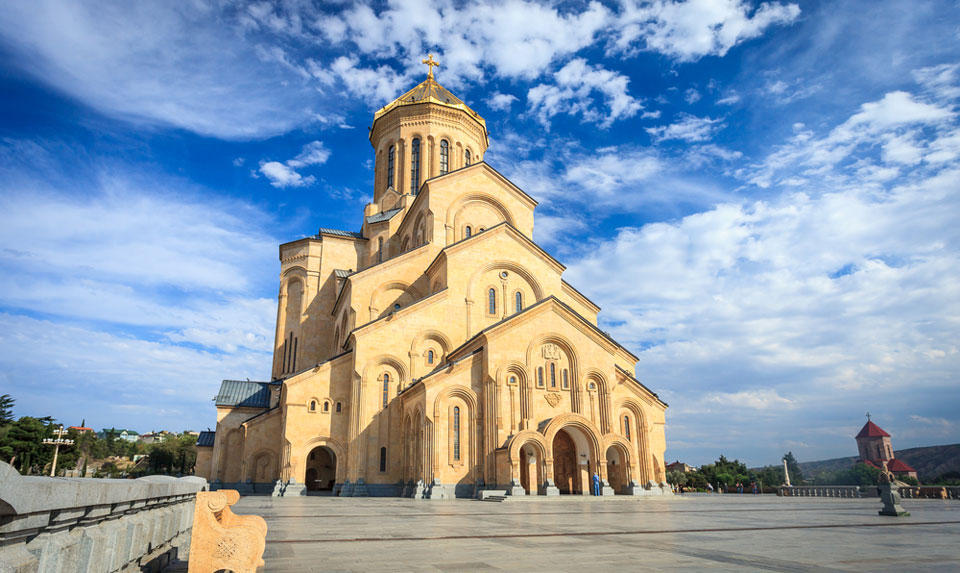 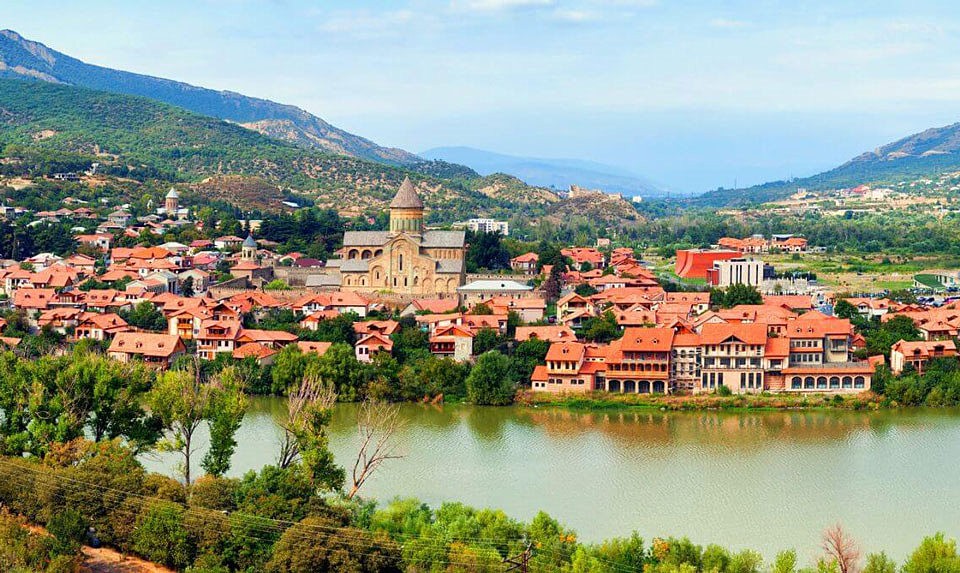 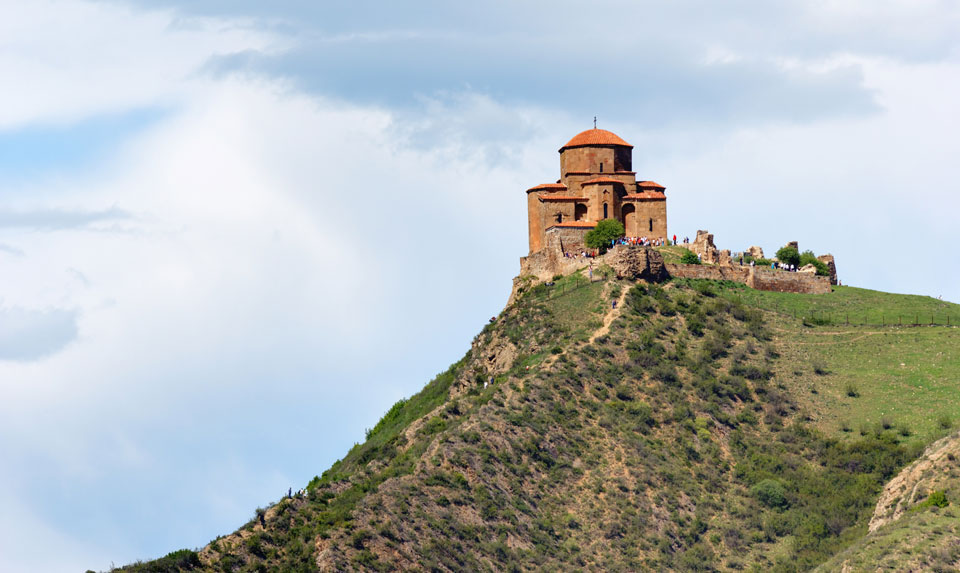 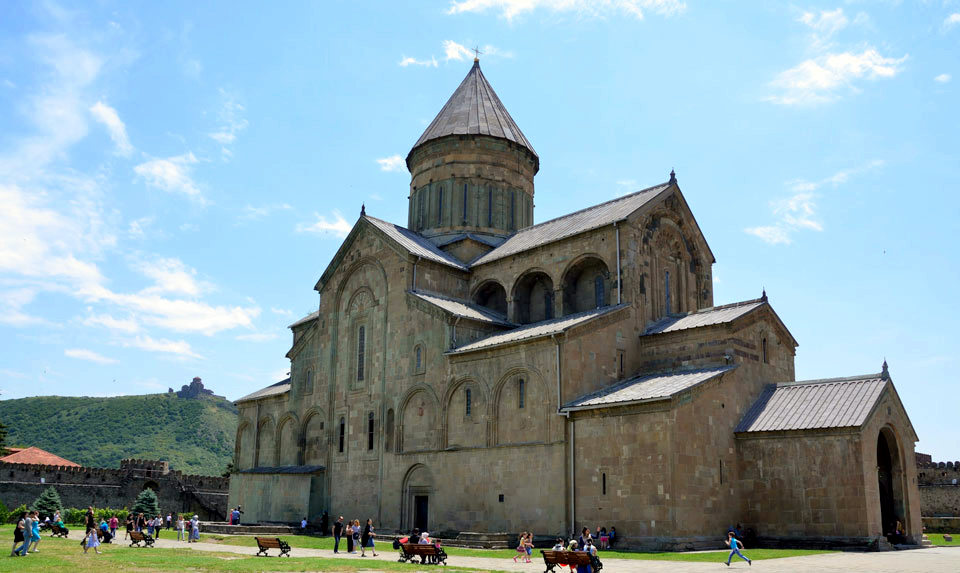 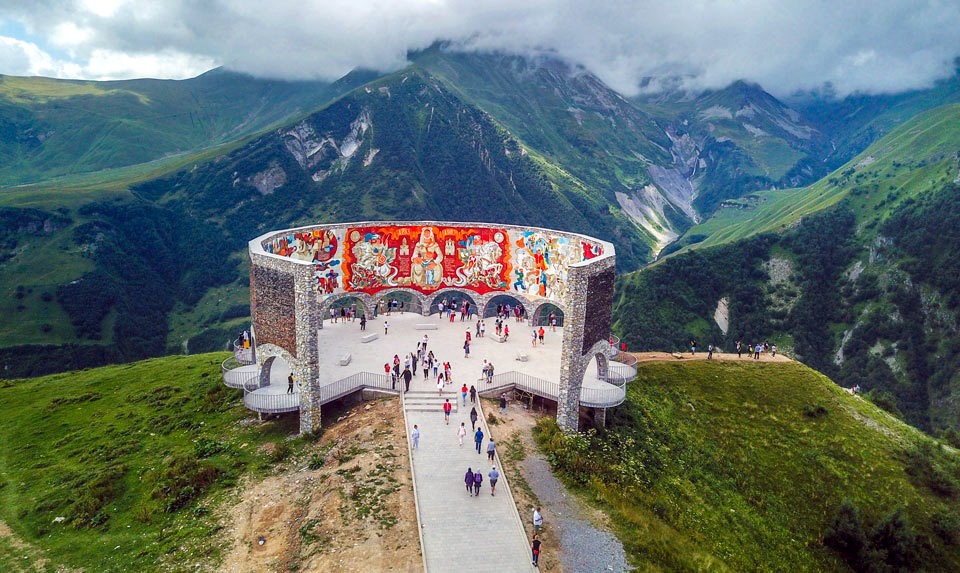