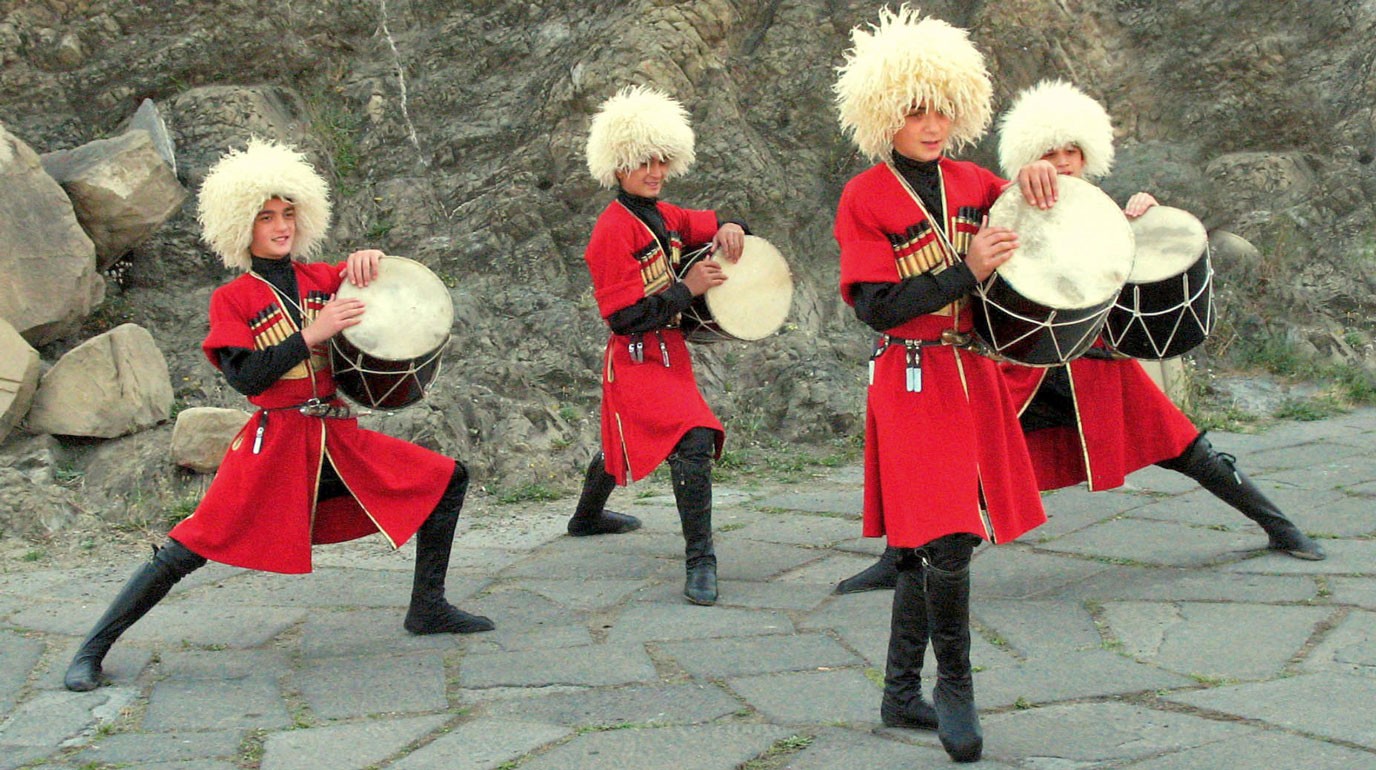 If you have a little more than a week, this well-designed 10 days | 9 nights Armenia & Georgia Grand Tour is a great way to explore the most charming highlights of the South Caucasus. Discover the delightfully distinct style and substance of these two neighbors in each destination on this amazing journey. From mountainous landscapes and lakes to hidden caves and waterfalls, from old fortresses and ornate palaces to ancient churches and monasteries – both countries provide a vast array of sights to behold, and something for everyone to enjoy!

Arrival to Zvartnots International Airport in the afternoon. Meet your Phoenix Tour representative. Transfer to the hotel. Check in. Free evening in Yerevan. There is plenty to keep you occupied in the city with its shopping malls, film screenings, concerts and performances. There are numerous cafés and wine shops line the main streets and side alleys around the city’s downtown. The city fills up with people at night, and you’ll find a number of trendy clubs, pubs and bars, where you can party till dawn Yerevan style! Overnight in Yerevan.
2

Breakfast. Start exploring Yerevan, the Armenia’s capital city and one of the oldest cities in the world. Stop at the Victory Park and Mother Armenia monument to get a spectacular view of the Biblical Mt. Ararat with a panorama of central Yerevan. Take a walking tour of the Cascade Complex, with its Sculpture Park and Cafesjian Center for the Arts. Visit the magnificent building of the Opera House, the postmodern Northern Avenue and the city's main Republic Square. Be sure to return to Republic Square after dark to see the "Dancing Fountains", a choreographed water show synched with lights and music (The fountains are on from May until the end of October). Visit the History Museum of Armenia, an essential stop on every visitor's itinerary, where you can see the oldest leather shoe in the world, discovered in the Areni cave. Take a tour of the "Ararat" Brandy Factory, featuring degustation of the two types of the world renowned Armenian brandy. Take a tour of an open air "Vernissage" market, where you can buy some gifts, souvenirs, jewelry and other handicrafts. Overnight in Yerevan.
3

Breakfast. Check out from hotel. Drive to the masterpiece of medieval Armenian architecture, the 14th century Noravank Monastery, a major religious and cultural center of Armenia in the past. Take a local 4x4 jeep to visit Gnishik Protected Area. You will get to the top of the mountain, from which you will have the unique opportunity to see the Noravank Monastery from a totally different angle, viewing it from the above. In addition, the guide will take you to the observation spot, from which you can see the gazing endangered Bezoar goats. Continue to the Areni-1 Birds Cave. In 2007, a team of Armenian and Irish archeologists were doing excavations in the Areni-1 Cave, and they have discovered a 6,100-year-old winery and a 5,500-year-old leather shoe. The shoe was officially acknowledged as the oldest leather footwear in the world, and it is on the permanent display in the History Museum of Armenia. Drive to Yeghegnadzor. Stopover for wine tasting at the local Old Bridge Wine Factory, which is very popular for its delicious wines. Depending on the time of year, the visitors can take part in grape-picking, distillation or bottling process at the vineyards. Continue to the Yeghegis Village and check into a hotel. Overnight in Yeghegis.
4

Breakfast. Check out from hotel. Take a local 4x4 jeep to visit the Smbataberd, a fortress of Smbat the Prince of Syunik. The fortress is located upon the crest of a hill between the villages of Artabuynk and Yeghegis, and  was built in a very advantageous position on the southern end of the ridge, guarded by steep cliffs on three sides. Continue to Lake Sevan. Lake Sevan’s proximity to Yerevan, coupled with its cooler summer temperatures, outstretched blue waters and historic sights make it one of Armenia’s key places to visit. Walk up to the 8th century monastery of Sevanavank on Sevan Peninsula, one of Armenia’s iconic landmarks. Continue to Dilijan, a resort town renowned for its charming nature and some traditional Armenian architecture. Stroll through the Dilijan’s Historic Center, the cobbled Sharambeyan Street, with its collection of stone and wooden traditional buildings, shops, restaurants, souvenir stalls and workshops. Check into a hotel. Overnight in Dilijan.
5

Breakfast. Check out from hotel. Drive to Vanadzor. Stop by the Khachkar making studio, and take part in the workshop by doing your own stone-carving. The khachkars, also known as Armenian cross-stones, are a carved memorial stele, bearing a cross, surmounting a rosette or a solar disc. Since 2010, the khachkars, their symbolism and craftsmanship are inscribed in the UNESCO list of Intangible Cultural Heritage. Continue to Gyumri, the second largest city in Armenia in the northwestern part of the country. Stroll down the old streets of the city and get acquainted with Gyumri’s unique architecture. Stop by the Erankyuni Studio for taking part in the blacksmith master class. Master Gagik, who is one of the best blacksmiths in Gyumri, will help you to understand the secrets of working with iron. Check into a hotel. Overnight in Gyumri.
6

Breakfast. Check out from hotel. Drive to the Armenia-Georgia border and arrive at the Bavra-Ninotsminda border crossing. After border formalities, change the guide and transportation. Start the Georgian part of the tour and continue to Vardzia. En route stop by the Javakheti Protected Area’s visitor center. The Vardzia rock-carved cave complex is included in the UNESCO World Heritage list, as one of the most unique rock-hewn towns. The cave city was dug into the side of the Erusheli Mountain and it was founded by Queen Tamar in 1185. Continue to picturesque Gogasheni area to take some amazing photos and marvel at the surrounding nature. Check into a hotel. Overnight in Vardzia.
7

Breakfast. Check out from hotel. Visit the Vardzia Upper Monastery and stop by the Rabati Castle, which was built in the 13th century and overlooks the town. The entire site contains a museum, a castle, a church, a mosque with minaret and a synagogue, which is really fascinating to see them lined up side-by-side. Throughout its history, Akhaltsikhe has been under the control of many different groups of people, notably the Ottomans during the 17th and 18th centuries, and the Russian Empire for most of the 19-20th centuries. Continue to resort town of Borjomi and visit the Mtsvane Monastery, a popular site of tourism and pilgrimage. The monastic church and bell-tower are inscribed on the list of the Immovable Cultural Monuments of National Significance of Georgia. Stop at Borjomi Mineral Water Park and taste the world renowned "Borjomi" mineral water. Take a cable car ride leaving from Mineral Water Park and heading uphill offering lovely and scenery views of the park and Borjomi. Check into a hotel. Overnight in Borjomi.
8

Breakfast. Check out from hotel. Drive to Kutaisi and visit the 11th century Gelati Monastery, a masterpiece of the Golden age of the Georgia, and one of the largest medieval Orthodox monasteries in the country (UNESCO World Heritage Site). Gelati was founded by King David the Builder in 1106 as a center for Christian culture and Neoplatonist learning, and many Georgian rulers were buried here, including David himself and Queen Tamar. Continue to the Nokalakevi, an important archaeological site, consisting of the ruins of 4-6th century. Drive to Martvili Canyon and stop by the Martvili Monastery. The site upon the hill where the monastery stands today was used in ancient times as a pagan cultural center and was a sacred site. Enjoy the breathtaking scenery of the Martvili waterfalls. *The optional Martvili river boat ride is available. Arrive in Kutaisi, the second largest city of the country. It is widely believed by historians that when Apollonius Rhodius was writing about Jason and the Argonauts and their legendary journey to Colchis, Kutaisi was the final destination of the Argonauts and the residence of King Aeëtes. Check into a hotel. Overnight in Kutaisi.
9

Breakfast. Check out from hotel. Visit the Enguri Dam, the world's second highest concrete arch dam, with a height of 271,5 m. Continue to the Dadiani Palace Museum Complex (1840), which includes the court church, the botanical garden and palaces of the Samegrelo Queen Ekaterine Chavchavadze-Dadiani and Prince Niko Dadiani. Drive to Tbilisi. Check into a hotel. Overnight in Tbilisi.
10 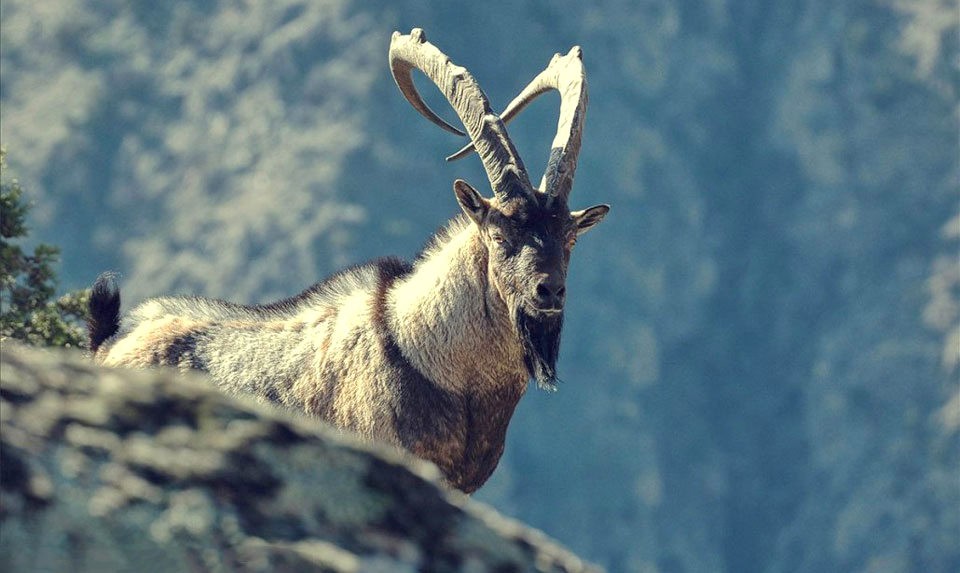 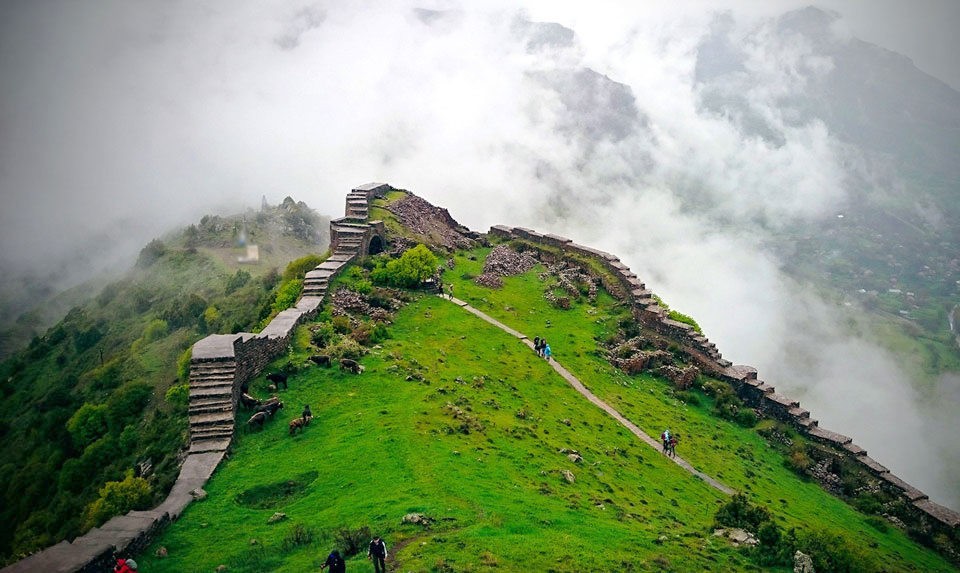 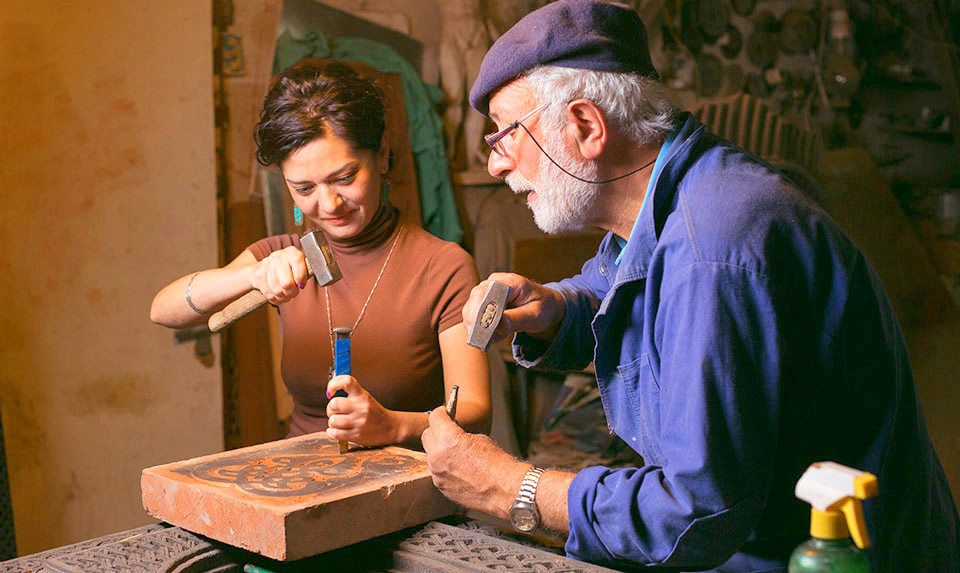 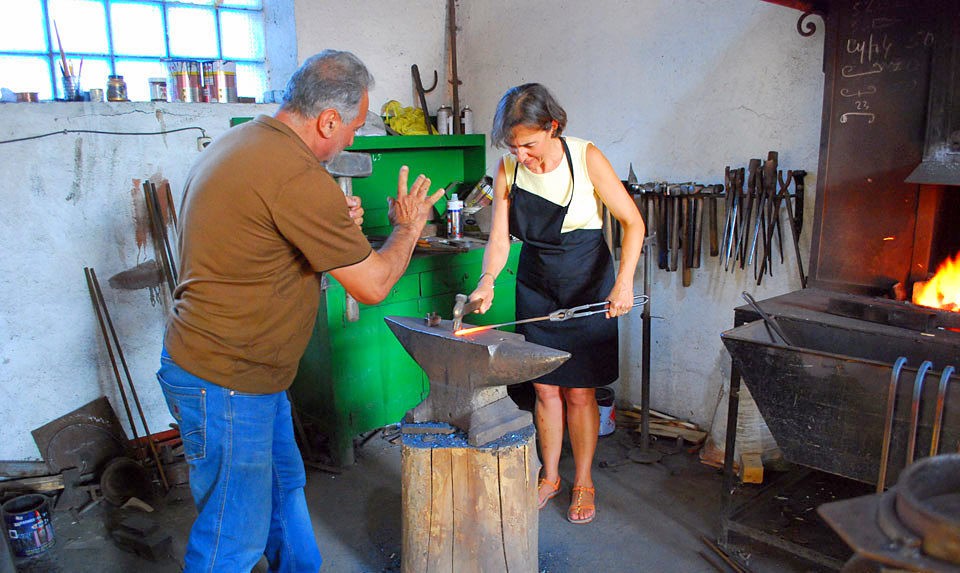 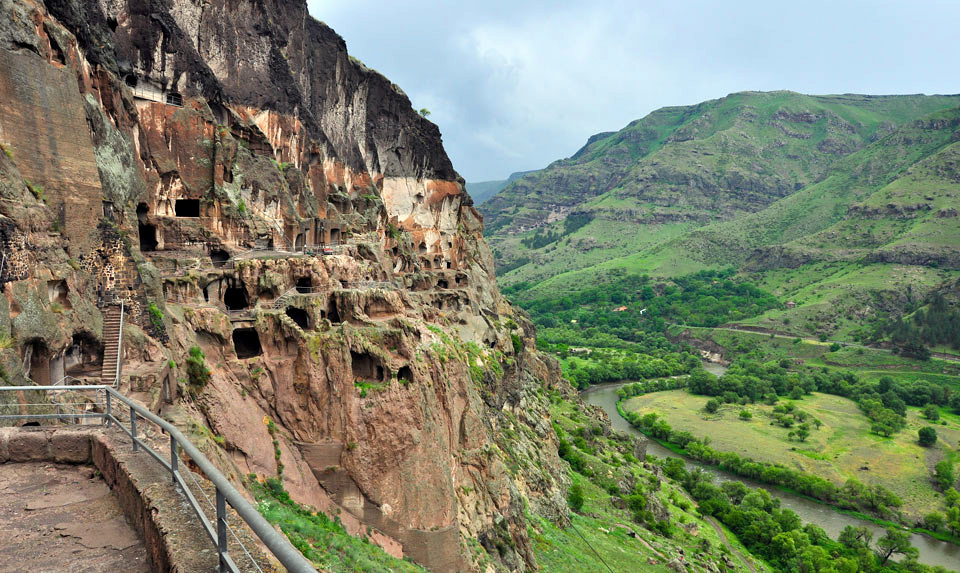 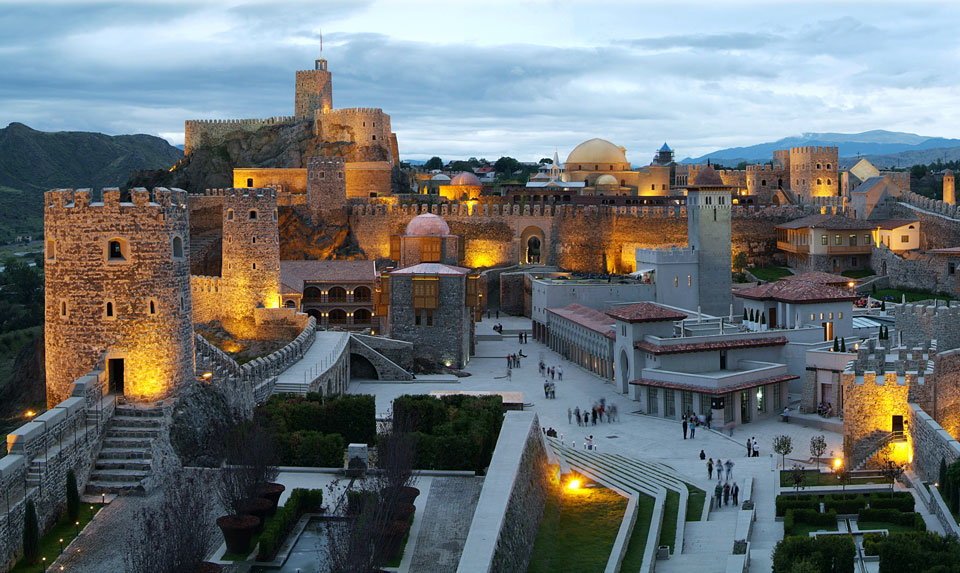 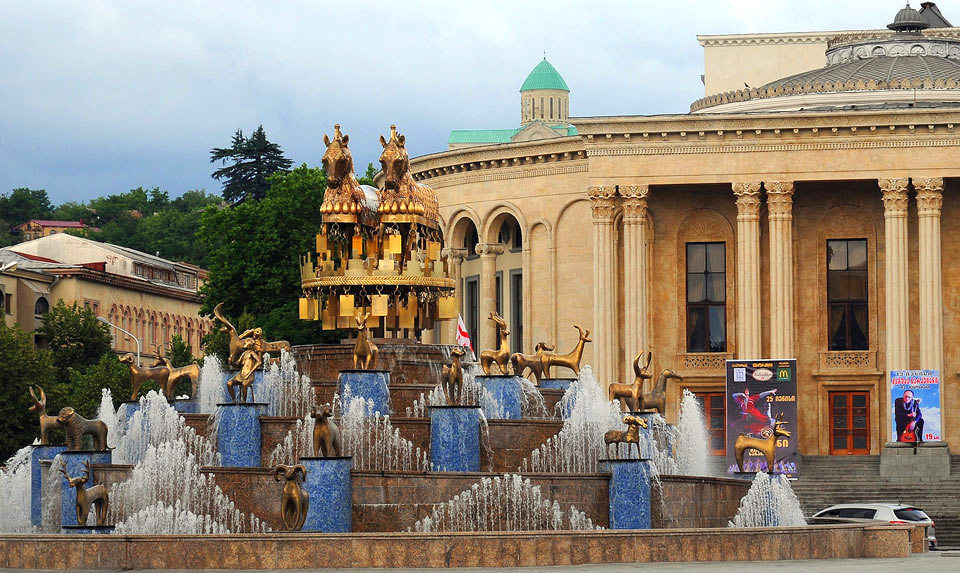 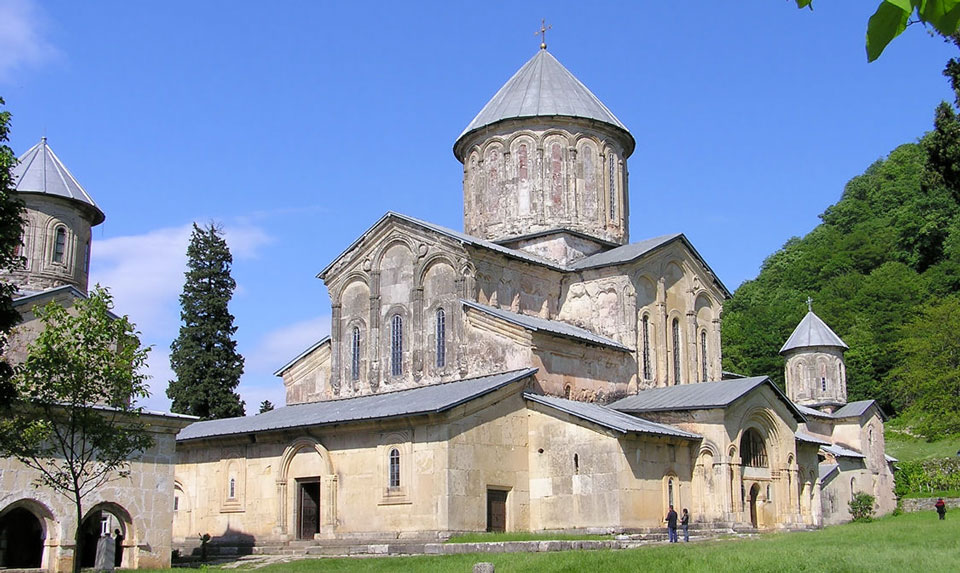 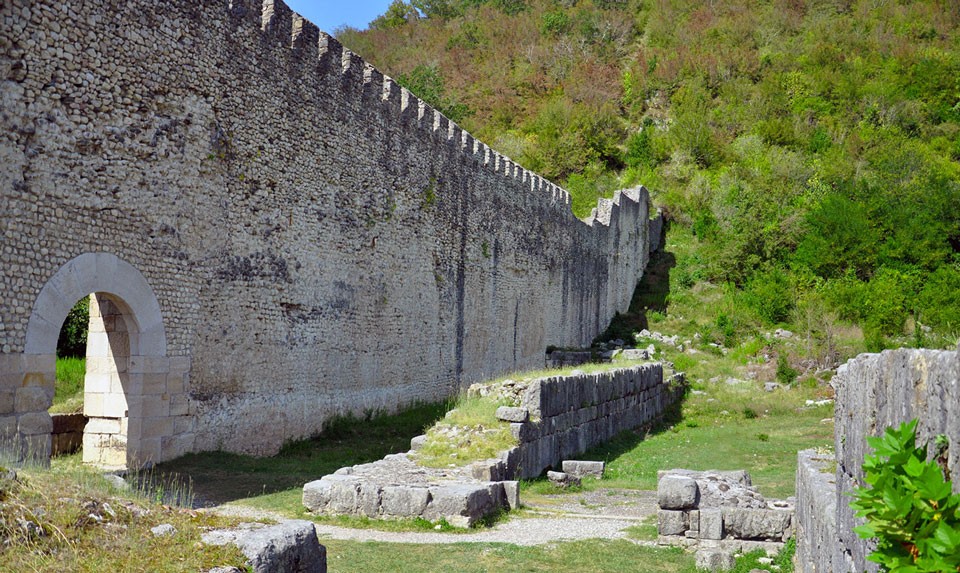 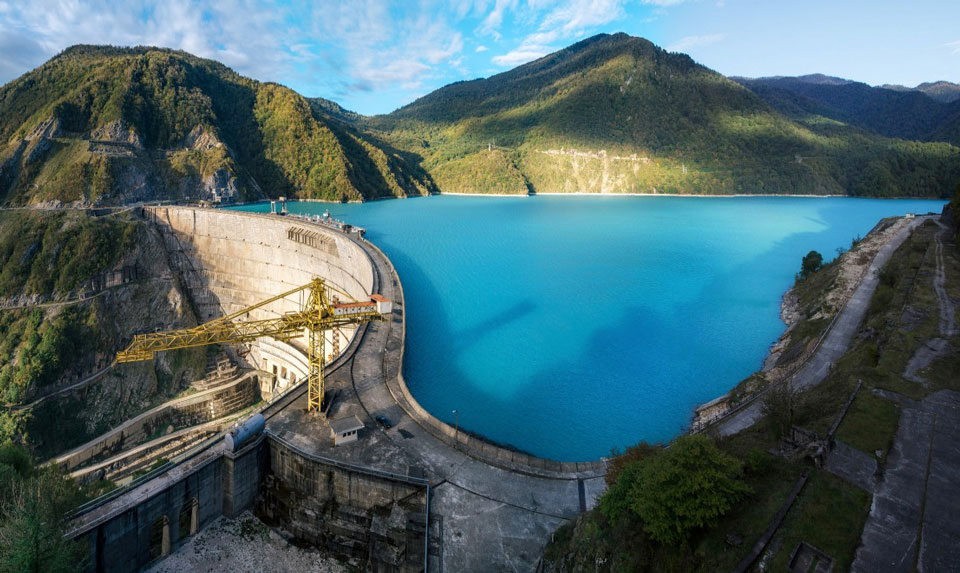 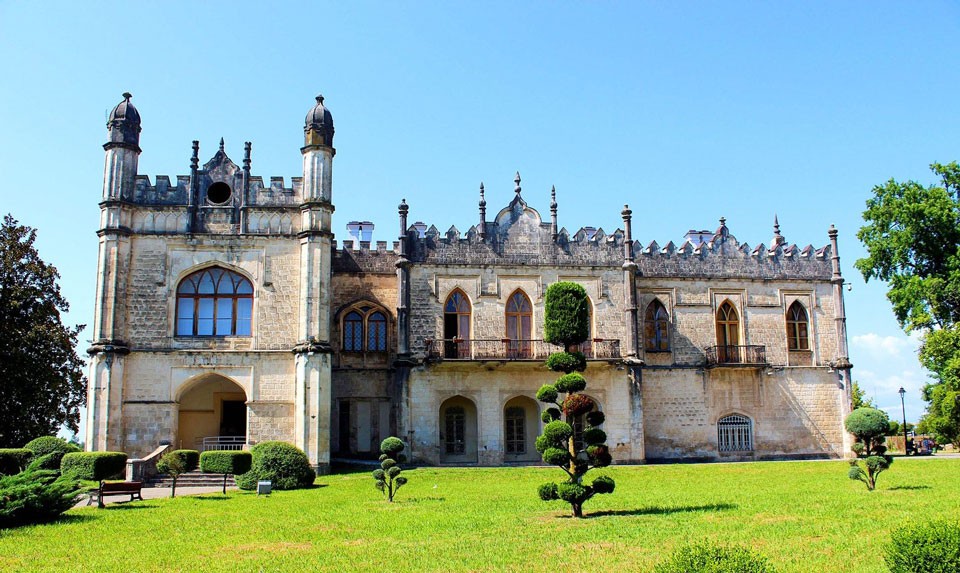