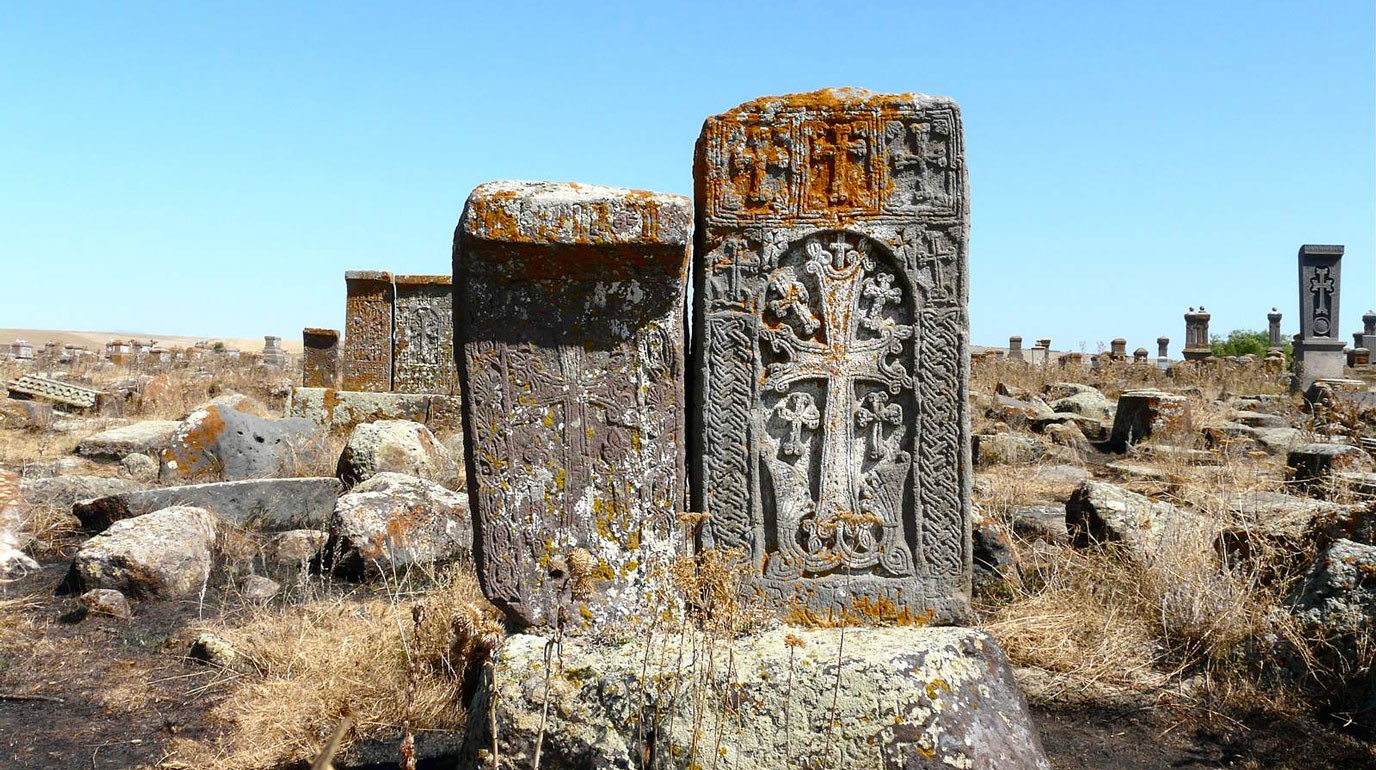 One of Armenia’s most amazing sights is the medieval cemetery with a multitude of early khachkars located in the village of Noratus, in the Gegharkunik Province, near Gavar, 90 km north of Yerevan. Noratus Cemetery is situated on the western shore of Lake Sevan, south of the Sevanavank Monastery and an easy drive from there, passing the small monastery of Hayravank.

The cemetery is spread over a seven hectare field, containing almost a thousand khachkars, each of them depicting unique ornamentation. Stones with single crosses, stones with multiple crosses, geometric patterns, naturalistic ones: it is quite impossible to take in the riot of carved detail. The majority of the khachkars is covered with moss and lichen. One of the khachkars from the Noratus Cemetery was donated to the British Museum in 1978 by the Catholicos of All Armenians Vazgen I.

A popular folk tale associated with the cemetery concerns the invading army of Tamerlane. According to one story the villagers placed helmets on top of the khachkars and leaned swords against them. From a distance the khachkars looked like armed soldiers holding a defensive position as a result of which Tamerlane’s army retreated. 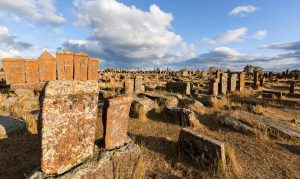 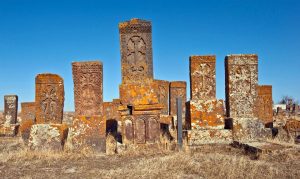 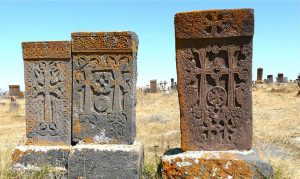 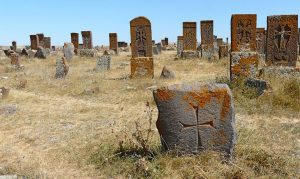 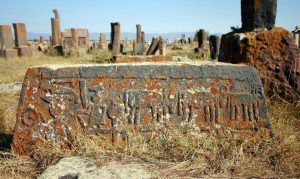 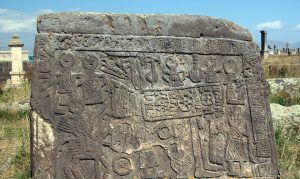 Visiting NORATUS is on the itinerary of the following tours: