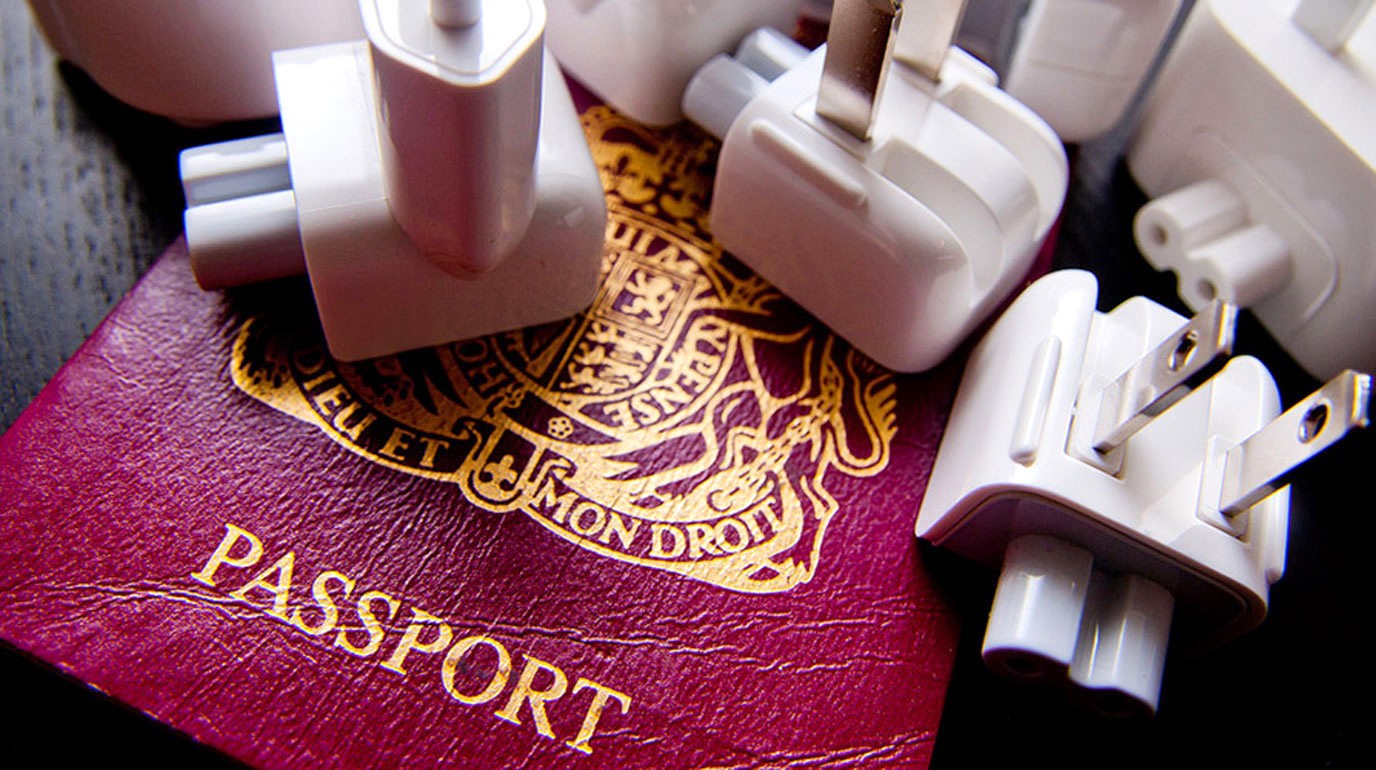 Internet access is widely available, except in remote areas where there is no cell phone network coverage. There are 2G, 3G and 4G+ service providers operating in Armenia. 4G + network is being gradually extended also in regions and now it is available in Armavir, Ararat, Tavush, Gegharkunik and Kotayk provinces.

You can easily acquire the temporary prepaid SIM cards as they are cheap and convenient, allow both local and international calls, do not charge for incoming calls, and charge no monthly fee.

Mobile internet is also offered from all companies, as well as the normal full range of wireless services. The majority of foreign visitors will find their unlocked mobile phones compatible with Armenian SIM cards. A vast majority of cafés in Yerevan have free public Wi-Fi access spots.

To call within Armenia & Nagorno-Karabakh to a land phone number from a mobile phone dial: 0 + city code + 6 digit number.

To call within Armenia & Nagorno-Karabakh to a mobile phone from another mobile phone dial: 0 + the mobile operator prefix number + 6 digit number.

Local post offices provide a variety of services: money exchange, phone calls within Armenia and abroad, postcards for purchase, utility payments, as well as sending and receiving letters and parcels. The main branch is located on Republic Square, with other branches located throughout Yerevan. There are several express mail services operating in Yerevan, including UPS, DHL, Federal Express, and many others.

The standard voltage in Armenia is 220V (as opposed to 110V standard in the US), while the wall outlets take continental type plugs, with two round prongs. Universal voltage converters and outlet plug adapters, as well as the various batteries are available at many electronic shops in Yerevan.

There are currency exchange points almost in all supermarkets and virtually any shop, grocery stores and small vendors can exchange money legally as well.

There are cash machines at all prominent locations around Yerevan. All other main cities and even some small towns have ATM's, though you may have to poke around to find one that matches your card. You cannot withdraw a foreign currency from an ATM machine in Armenia. However, there are several bank branches, where you can take out foreign currency from your account at any time.

There is a MoneyGram and other money transfer services operate in the country, so you always have that to back up should you run out of cash.

Typical meals can run to $15-20 or more per person for the dinner in Yerevan. Restaurants outside Yerevan are a little cheaper, an average of $10-15 per person for full course meals with wine.

There is little to worry about where food safety in Armenia is concerned: the food is generally safe, even food from the roadside stands.

Armenian brandy, pomegranate wine, dried fruits, souvenirs, oil paintings, jewelry, handicrafts made of wood, semi-precious stones, silver and other material, the Soviet memorabilia, rugs and antiques - these are some of the most popular things people take home from Armenia. Another gift is a duduk, or traditional flute made of apricot tree, which is part of the UNESCO Immaterial Heritage. Most of these are plentiful at "Vernissage" market, next to Republic Square.

Bargaining is uncommon in Armenian stores, though when purchasing expensive items or in bulk, merchants may be amenable to it. In markets, however, bargaining is a must!

Tipping has become fairly well established in Yerevan, especially in restaurants and coffee shops, where tips are now usually expected.  Anything from 10-15% is OK.  On smaller bills, just leaving the change may suffice.

Taxis may or may not expect a tip.  Drivers will sometimes say they don't have change, or enough change, in hopes of getting to keep the difference. It's always best to keep 1,000 drams in change to avoid these situations.

Outside of Yerevan is a different world. Those who have experience with Westerners will probably expect a tip, while those who don't probably won't. However, you should never tip unless you want to.

Some café and restaurants add an 8 to 10% "service" charge to the bill. This is not for a tip. This is a separate charge that the restaurant keeps, for no apparent reason, and if you want to tip, you must leave money separate from this charge.

There is an overnight train once every other day from Tbilisi, or from Batumi, Georgia (seasonal).

BY CAR OR A BUS

You can drive to Armenia from Iran or Georgia. Phoenix Tour agents can arrange your transfer from the Georgian & Iranian borders, and all the way from Tbilisi and Tehran.

GETTING AROUND IN ARMENIA

If you plan to drive, bring your driver’s license, which will do for a few weeks. For longer stays an international driver's license is recommended.

Taxis cost 600 drams (prices are subject to change), which will take you anywhere in the Yerevan center (around 5 km), and an additional 100 drams for each additional kilometer. With Yandex and GG iOS and Android apps it takes just two taps on your smartphone to order car anytime in Armenia for as low as 300 drams (the rush hours and other conditions may lead to cost increase).

Taxi fare from the Zvartnots International Airport to the city center is usually 3,000-5,000 drams, and from the city center to the Airport is 2,500-3,000 drams (prices are subject to change). Calling a cab company, or grabbing any cab with a logo and phone number on the doors is usually ensured you won't have the driver try to rip you off, since those cabs have a taximeter. Most taxis do not have meters, though, so you should negotiate a price before you leave.

Yerevan does have a Subway network. It is a nice, clean system and very cheap. A single trip on the subway costs 100 drams payable on entry - buy a plastic token and use it to pass through the turnstiles.

There is also an extensive network of trolleybuses, buses and minivans (marshrutkas). You pay 100 drams for all of them when you leave, giving cash to the driver.

There are no transfers or season tickets, and there are virtually no student discounts in Armenia. There are also no passenger information or route maps available apart from a listing of each route, which in Armenian only.

For travel to the regions, as well as to neighboring countries, minivans are again a popular and convenient mode of transportation. Other forms of transportation to the regions include the train, buses and rental cars. The latter can be rented with or without drivers. There are also many taxi services that will ferry you to anywhere in Armenia.

If you are used to driving in the West and have not driven outside of America or Western or Central Europe, you should hire a driver when you rent your car, as driving in Armenia is often a difficult undertaking for the average tourist. A growing number of car rental companies may be used, including SIXT (office at the Zvartnots International Airport), Europacar, Hertz, and many others.

Most main roads around Yerevan are in decent to fair shape, with some being in unusually good condition. When you travel outside of Yerevan, roads are less well-maintained and rather bumpy.

Trains in Armenia are mostly Soviet style and a little slow as a means of moving around the country. Trains can be taken up to up to Lake Sevan, all the way to the far side of the lake, to Gyumri and from there on to Alaverdi, Tbilisi and Batumi.

Although there are more and more road and shop signs in Latin script, especially in Yerevan, English is not widely spoken in Armenia. Many taxi drivers and sales ladies in grocery stores do not speak or understand English. Because of political and historical reasons, Russian has remained the most common foreign language spoken by the majority of Armenians. English is the third and the fastest growing foreign language in Armenia.

It is not for nothing that Armenia is called one of the safest countries in the world. The crime rate here is so low that you can safely walk around the city, use the public transport, visit crowded and not too crowded places - any time of the day.

Unlike many tourist cities in Europe, where evening walks are not welcome in some districts, in Yerevan a tourist will feel calm and relaxed.

You can walk in Yerevan both day and night. Theft and street crime are extremely rare here. However, tourists should follow simple safety rules (as in any city in the world) in order to guarantee the peace of their vacation.

Armenians are friendly and open people. You can always turn to a random passer-by - in 99 cases out of 100 they will understand you and provide the necessary assistance. It is almost impossible to face unpleasant scenes on the streets - fights, drunken brawls and hassle here are something out of the ordinary.

As a last resort, police units are on duty in popular tourist locations. They keep order in crowded places, and you can always turn to them in a difficult situation. If necessary, they have a first aid kit with them.

No risk to health. No need for the obligatory immunizations required for travelers visiting Armenia. Armenia’s climate is generally pleasant and does not pose unusual health risks.

Medical facilities vary in quality and breadth, with many qualified doctors and dentists practicing in all specialties.

There are registered pharmacies on virtually every corner in Yerevan, carrying all of the basic toiletries and many over the counter drugs.

If you have special health needs, talk to your physician before traveling. If you travel in summer, it is a good idea to pack a sunscreen, a hat and sunglasses, as the Armenian sun is strong.

Smoking is illegal in many public places. But bear that in mind that Armenia has the highest rate of cigarette smoking in Europe. Cafés will generally have a smoking area, if you see an ashtray on the table, you can smoke there.

In case of emergency, cash deposits and payments in local currency (AMD) will be required for health care at local healthcare facilities. Virtually no hospitals or clinics accept credit card payments at this time.

Spring water is located everywhere in the country, and along the roadside you will find hundreds of drinking fountains as an outlet for natural drinking water. Tap water in Armenia’s hotels, lodgings and homes is clean and safe to drink.  Bottled spring and mineral water are available at every corner.

As a foreigner, almost anything you normally do is perfectly acceptable in Armenia, and as a tourist you can wear whatever you are accustomed wearing at home.